If you have ever wondered how ancient people cared for their children before diapers, strollers, and plastic toys, the Trinidad Museum has the answer. When you reserve your stay at Emerald Forest Cabins & RV, you can take the kiddos to see a fascinating current exhibit of Native Yurok, Karuk, and Hoopa crafts that were used to care for their babies without all the modern things we take for granted.

Back Pack for Baby

The Native Americans who inhabited this region wove baskets of willow to carry the baby in. The basket was carried on the mother’s back and the infant faced outward so s/he could see and interact with the world. The baby’s seat was lined with lichens or moss – an ancient disposable diaper. Woven rattles, beads, and shells kept the little ones amused. What happened when the kiddo outgrew the basket? The mother wove a bigger one – as many as three or four until the child was ready to crawl. 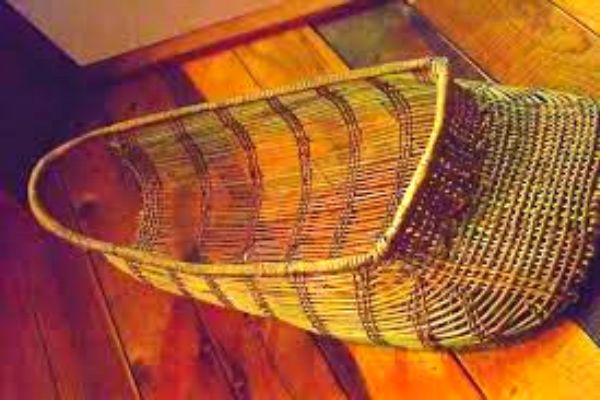 Your Day of Discovery at the Trinidad Museum

The Trinidad Museum specializes in the history of Trinidad and local Native American cultures. Some of the permanent art and artifact exhibits include…

Visit the Trinidad Museum at 400 Janis Court at Patricks Point Drive in Trinidad to see all of these wonderful things. Don’t forget to stroll through the Native Plant Gallery where seaside daisies, yarrow, coastal goldenrod, bearberry, red columbine, and dozens more blooming plants will complete your day of discovery.

Stopped here only for a night but what a great experience it was! Facilities were very clean and up to date. The whole resort is tucked under towering trees and even has a little creek running through it. Check in was smooth and pleasant. Would love to stop through again!

Great place to camp! The people are nice and everything looks and is clean. Easy to reserve a camp site over the phone. Pulled to the front office and took no time to get our camp site! I would recommend this place to anyone trying to camp around this area.

This is a gem in the Redwoods. It takes tents, motorhomes, whatever you have. We stayed in the cabin. It was gorgeous, well kept clean, it was well done. We will return more often. Especially in the rainy season when we can really enjoy the Redwoods. It was great!

This place was fantastic! It was the perfect home base to see elk, redwoods, and the beautiful Trinidad coastline. Sites were private and the facilities were up to date and sparkling clean. We would absolutely recommend this place and will stay here again if we are back in the area! Thanks for such a good experience!

This was one of the best lodging experiences of our lives. A perfect little cabin amongst some amazing redwoods with dramatic coastlines close by. Definitely recommend making this the home base for your redwood adventure.

Join our Newsletter for Special Offers and Updates!